Stakes: If your writing doesn’t have them, no one will care. You’ve witnessed writing without stakes. It happens when you verbally yell at your television screen or paperback, “Nothing is happening!”

Then there’s the opposite experience. When you are so invested in the characters and their success that no disruption is acceptable. You have to stay in the material until you know how it ends. That’s when stakes are done right.

Within the lyrics is the building of stakes. And it also provides a consistent voice to help navigate the listener through the journey. And with each passing moment, the stakes of the story are increased.

It begins with the struggle to obtain “The American Dream.” The character is finding that beautiful house, that beautiful wife. All the things we’re told are indicators of the successful family in Americana.

We establish the struggle of the character, and understand the journey is confusing and not what many think it’s cracked up to be. That’s when we get the chorus. We think that this is once in a lifetime, only to discover that the struggles we face may be as simple as water flowing underground, a commonly seen event. And after the struggle, we’re back in the ocean of our life’s events, fighting the waves pulling us back.

What we, the audience, thought was the highest struggle for the character turned out to be the beginning. We’re facing unexpected, and increased stakes in this narrative.

Then we hear the chant, almost 10 times we’re told “Same as it ever was.” We begin to understand where the character is headed. The struggle for the American dream never ends, and while he thought it would end, the stakes are only increasing.

From there, we enter the final increasing of stakes for the character. The phrase “Letting the days go by” become as frequently repeated as “Same as it ever was.” The character struggled and struggled, yet did nothing to change the circumstances, letting the days go by and not accomplishing what he wanted. And thus we fade to black knowing things are the “Same as it ever was.”

It’s an alarming cautionary tale. You see the same scenario in Citizen Kane, a film trying to understand the life of a millioinaire who burned every bridge with anyone who ever loved him. And it turns out (SPOILER ALERT FOR A 75-YEAR-OLD MOVIE), his last uttered word of “Rosebud” was his sled. A childhood toy of a simpler time. After all his success, struggles, all he wanted was to be a child again, sledding in his home where he held his fondest memories.

The Talking Heads did a brilliant job in this song of increasing the stakes. And the poignancy of the lyrics are often lost because it’s a weird song that is decidedly eighties.

How will you increase stakes? What can you introduce to your characters to make them struggle more and get readers invested? Chime in below with the comments section. If you like this, and want to read more, please share and subscribe.

You can read previous Literary Music Lessons by clicking on the images below: 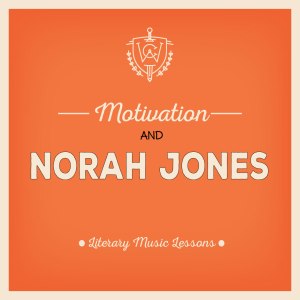 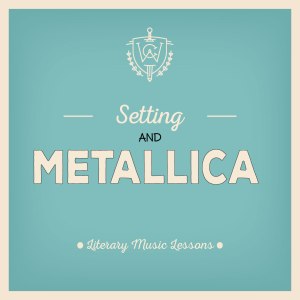 Thomas A. Fowler is the author of nerdy things, entertaining readers by writing primarily science fiction. An award-winning author, he self-publishes some books while pursuing the traditional route with his feature-length projects. Fowler works as a Producer/Project Manager to help pay the bills, especially since he is a father of four. He's had work featured in Buzzfeed, AdAge, Creativity Online, and is a proud Hufflepuff, INFJ, and forever Team Cap! View more posts